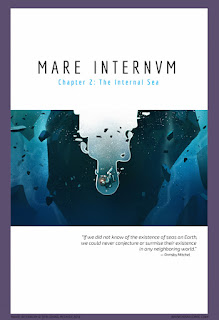 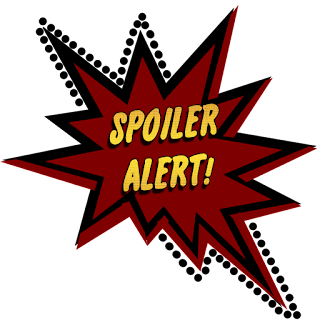 The Story: The story begins in a research station on Mars, during the early days of colonization, and Dr. Mike Fisher has just been fired and is due back on Earth. He’s not very happy about it and goes on one last expedition with the newest member of the mission.

The Review: First off it is a science fiction webcomic. There are a lot of those around these days but some of us can’t get enough of them, especially ones of this caliber.

Since this comic is only in its first few chapters, it is difficult to make a full review of the story, it has really only just begun, but what we have been given so far is exemplary.

One of the best parts is that the comic is not out of the realm of possibility. While it is unlikely there is breathable atmosphere and parasitic fungi, scientific evidence has show that there may in fact be water and microbial life buried beneath the surface of the Red Planet. Discussions have been raised about building bases underneath the surface. This makes the comic feel grounded, leaning more towards hard science-fiction. It is still a fantastical world but not to an outrageous degree.

The caves that Mike is confined look like real caves and the lifeforms he encounters have a realistic feel to them. Fungus does not get much attention in popular media but the fact is, fungal lifeforms are some of the most versatile lifeforms in our ecosystem. Even the extraterrestrial intelligence he encounters looks like something that could conceivably happen in nature. Certainly better, than red-skinned warrior women dressed in bangles and nothing else.

Those are great stories by Burroughs, just not very scientific.

The centerpiece of course, is the main character of Mike Fisher, a scientist who is trapped beneath the surface of Mars. This where the comic truly shines, on Mike’s struggles.

The very first chapter starts off with Mike trying to kill himself. It is clear that Mike is mentally ill. He is depressed, suicidal, erratic, and aggressive. On top of that he is traumatized by the sexual abuse he suffered at the hands of his uncle. From the hints we got from his childhood, his psyche was not very strong to begin with.

One of the many problems that has plagued society for centuries is the stigmatization of the mentally ill and the creator of this comic deserves recognition for portraying Mike’s mental illness in realistic manner.

It may not be flattering but there isn’t much to flatter about.

It is clear that Mike is brilliant. He wouldn’t be on a Mars mission if he wasn’t and he takes medication to aid in his issues. His social skills leave a lot to be desired. Every conversation with him is like walking into a minefield, never knowing when a step is going cause and explosion. This makes said conversations usually extremely awkward.

No one wants to talk about the elephant in the room: Mike is not like everyone else. No one really knows how to talk to him and he does not know how to talk back.

This has been a struggle for his whole life, as flashbacks to his younger years reveal he did not get along well with other members of his peer group. He can’t help but feel that they are only talking to him out of pity and they probably are. Mike desperately wants to connect with others but he inevitably pushes people away because they don’t understand him. The fact that he ways a up hoodie all the time in these flashbacks further emphasizes his isolation.

That is the struggle with mental illness. Nobody really knows what to do with it, hence isolating them became a popular solution. With other, more physical illnesses, at least one knows how to deal with them. They can take some medicine or get an operation and they are better again. It doesn’t work like that for diseases of the mind. Yes, they can be given pills but they are not fully cures and if they skip them, it goes right back to freaky town. Nothing can make them normal quickly easily. The lifetime of therapy can be a heavy burden for both the patient and their loved ones.

Mike’s whole experience in the internal sea could serve as metaphor for something that he has struggled with his whole life. Who knows? Perhaps the whole experience will end up being a hallucination created by Mike’s mind as he slowly dies at the bottom of the pit. He struggles to navigate to caves but he only seems to get more lost, a metaphor for his life and relationships. The fungus within his leg and around him are his own issues threatening to consume him and the alien is the rational part of his mind trying to connect with him and navigate this hostile reality, but is at loss for how different they are.

It is rather strange that in spite of being a scientist, Mike is not curious at the strange, new world her finds himself in, at least not at first.

Final Verdict: Mare Internum is a beautiful, cerebral, haunting webcomic with a sympathetic protagonist and a weird and wonderful adventure just on the horizon.

Four Mars’ out of Five