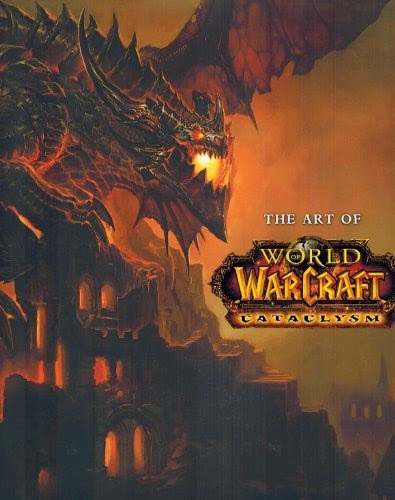 The Art of World of Warcraft: Cataclysm

***
Welcome to the Brushworm! Here is where we talk about artwork. Most of it will probably be of a more geeky variety but that’s in sync with almost everything else on this website. So without further ado…let us dive into the world of pencils and sketchbooks with a look at The Art of World of Warcraft: Cataclysm

Background: Cataclysm is the Third Expansion of the MMORPG Video Game World of Warcraft. The main story is the return of the evil dragon Deathwing and the changes he wreaks upon the world of Azeroth. His return shakes the world to its core drastically altering and adding new areas. In terms of the lore, two new races are added to the line-up of the two major factions, Goblins to the Horde and The Worgen to the Alliance. The level cap is raised to 85 as well. The expansion was met with critical acclaim and helped revitalize the Warcraft Franchise.

Seriously, a good chunk of his image library contains concept art from multiple sources but the majority of it is from video games. Sometimes it is better than the final product we get in the game. Often times that is because hardware and software limitations make it difficult to implement the sheer scope of the artist’s imagination into the final product. Here, their imagination is put onto full view for us all to enjoy.

The sheer scope of dedication, talent and creativity that goes into not only Cataclysm but also the whole game in general is nothing short of astounding. Every image is unique and shows what could of been in the game and sometimes it is what ended up in the final product. The Worgen are a particular favorite. It was said then and it is said now: It is about time that the Alliance got a race with some teeth! The artists do a great job of making the Goblins and Kezan very unique while keeping in line with the World of Warcraft motif.

In the end…what is so great about concept art or just art in general, are the stories that can be told. When the worm looks at the image, he wonders what could be going on inside that castle or the name of that character and what his/her destiny could be. The stories that are told and what could be told is what makes this book so compelling.

Often times, that one image is the seed a writer needs to craft a story. Many websites have concept art writing prompts, where users write a story based off of a piece of art found on their journeys through the Web. It is the same for the Worm.

Final Verdict: If you love World of Warcraft or are a lover of fantasy art, this book is worth addition to any library. Can’t wait to the get the other volumes!

Five out of Five Stars