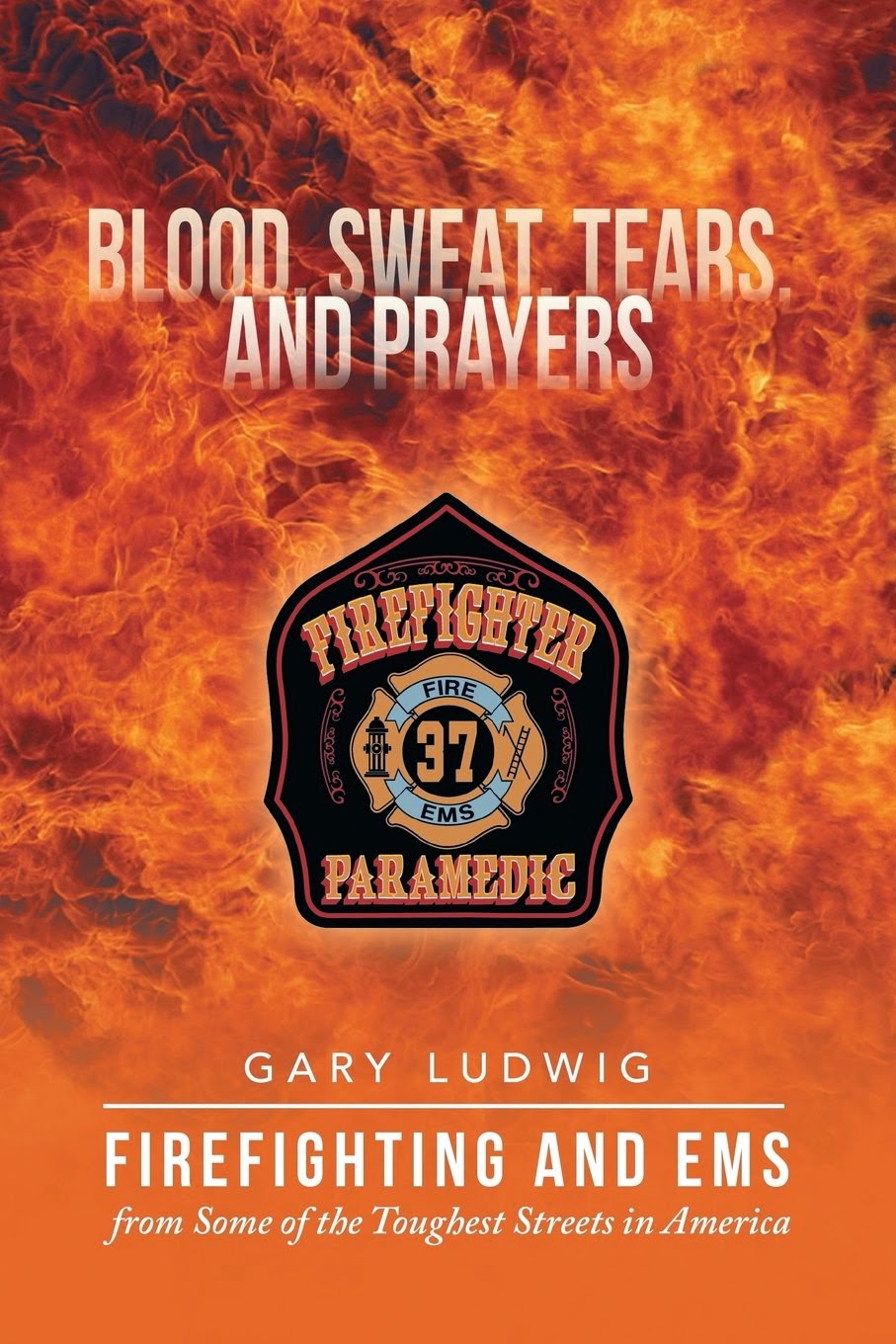 Firefighting and EMS from Some of the Toughest Streets in America

The Story: Author Gary Ludwig was an innocent eighteen-year-old kid when he began his first job with the City of St. Louis in 1977. With his newbie status, he was assigned to work on an ambulance on the city's north side. Ludwig's first call involved a woman in labor. He didn't have medical training or an EMT license and certainly no experience delivering babies. That first call started an incredible journey where Ludwig witnessed things he'll never forget and saw others he wishes he hadn't. In Blood, Sweat, Tears, and Prayers, he tells of working thirty-four years of his thirty-seven-year-career in two of the toughest cities in the United States-St. Louis and Memphis. He crossed paths with presidents, a pope, people who became his friends, and many he'd met at the worst time of their life. Ludwig tells the heart-wrenching stories of dealing with death and tragedy but also the celebration of a life saved. He shares the emotions, the laughs, and the tears that come with being a firefighter and a paramedic.

The Good: The stories, man, the stories. The author grabs us by the throat and hurls us into the mean streets of St. Louis, Missouri and Memphis, Tennessee, with all the heat, violence, and crime that are often found in the jungles of concrete and steel that the bulk of the human species calls home. There is a lot of danger out there and a lot of messed people whom, more often than not, are the cause of a lot of that danger.

The book tells exciting tales among the mean streets but it never gives into the over-the-top drama which seems to dominate popular culture’s interpretation of emergency workers. The stories are told factually from a relatively objective perspective, which we are told is a necessity for this line of work.

We are treated to both front-row seats and behind the scenes tours of the jobs of firefighters, using his uncomplicated language, to create enough drama to compel the reader into turning over every page in order to hear the next thrilling tale.

A lot of stories are about similar things but each one is unique which is greatly to the author as well as the editor’s judgement. The difficulty in memoirs is to make the real world compelling. It is not that the Real World is not compelling, it is simply that it does not move as quickly as it does on a tv or movie screen, and the lines are not nearly as witty.

Being a firefighter himself, the author puts a human face on a profession that at times seems very detached from the mainstream society. While it does not excuse their behavior, this book does make it a little easier to understand why people like police officers and to some extent firefighters can become so bitter towards the public. They are overworked and have to take additional jobs to get by and they have to deal with the absolute worst in humanity: child abusers, arsonists, psychos. Not to mention, lawyers, politicians, and bureaucrats and they have to do it every single day. Its not hard to conclude that it takes a certain, rare, type of person to do that kind of work every day and not develop a low opinion of the human race.

Thankfully, the author did not blink when he stared into the abyss and the book overall takes a positive tone, not shying away from the darkness but also showing us the good in humanity.

To paraphrase Dickens, “There are shadows in this world yes, but it only makes the lights shine brighter.”

The Flaws: If there is a major flaw to be had in this book would probably be the pacing along with the formatting. The author tells all these great stories about his time on the job but at times there is a lot of inconsistency in regards to the context. Sometimes, its not made clear what stage of the author’s career that the event takes place in. When he responds to the fire or other emergency, its up to the reader to figure out where exactly the author is at. Is he a paramedic responding to the fire in this story or is he a firefighter on the job? Is he still a rookie or has he become the Captain or something yet? Are they in St. Louis or Memphis? It is not made clear in several parts and the reader is forced to rely on hints within the narration or dialogue.

A more clear option may have been to tell the stories in chronological order or make divisions in the narration between his time as a paramedic and a firefighter. Overall, the narration is a little hodgepodge but ultimately the compelling nature of the stories is what ties them all together.

Final Verdict: An inspiring, sometimes bittersweet, story about one of the hardest and greatest jobs in the world that pulls no punches, both good and bad.

Four out of Five Stars